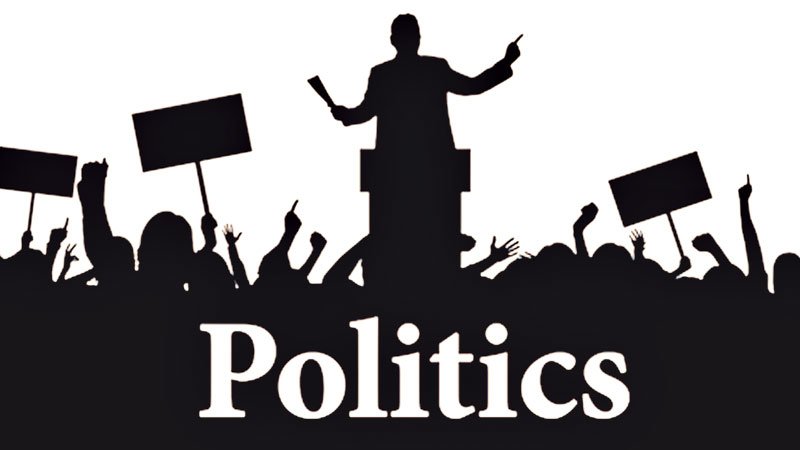 In teaching economics, I always try to make it alive, through real-life examples that students can relate to. I also try my best to inspire them to see how applicable economics concepts can be towards future business decisions and even life decisions.

This is part of the reason why I write such articles to the Straits Times and also share them with my students. Applying the concept of “positive externalities” in this case: https://www.straitstimes.com/forum/letters-on-the-web/weeks-top-letter-2-make-decisions-with-community-consensus

The General Election in Singapore is definitely around the corner. And so I thought I give it a shot at showing how Economics is also highly applicable to analysing the political situation here in Singapore and perhaps in aiding our decision-making at the polls.

In Singapore, we have a political monopoly since we gained Independence in 1965. The People’s Action Party has virtually monopolised political rule in Singapore.

“Should we thus have a more competitive political landscape in Singapore?”

From an economics point of view, this is a cause of concern. Monopolies are known to exploit the consumers they serve since there is no other choice for the consumer to switch to. Monopolies may also become complacent, becoming bloated or inefficient and also lacking in innovation and quality. Certainly, this can also be said of political monopolies.

However, there can be certain advantages to having monopolies. They can be more efficient through the reaping of “internal economies of scale” and this advantage could be passed on to consumers in the form of lower prices and larger quantity consumed, resulting in larger consumer surplus than in competitive scenarios.

Monopolies may also have more resources at their disposal and this can translate into greater ability to innovate, leading to better quality products or services for consumers.

If we look at the political situation today in our dear neighbour, Malaysia, as well as in the leading superpower of the world, United States, it could be described as a duopoly- where 2 parties dominate. This is true in countries like the UK and Australia as well.

It does appear (with exceptions) that though such a duopoly structure is certainly more competitive than in the case of a monopoly, there may be an unhealthy focus on competition (politicking), that consumers may end up having to pay for. Such is especially true in the case of firms which compete extensively on advertising and branding, without truly generating value for the consumers. Such similar forms of competition can also be seen in the political arena.

It also does appear that severe inefficiencies and resource bottlenecks may also arise due to the fierce competition (politicking) that may occur.

Should we thus have a more competitive political landscape in Singapore?

There are merits to that. 2011 GE saw the PAP losing several seats, including in the Hougang-Aljunied Group Representation Constituency (GRC). Since then, there have been significant policy shifts and improvements. Much has changed in terms of HDB prices as well as foreign worker policies. The Government has also tilted towards greater welfarism. The competition and resultant loss of “market shares” by the PAP did appear to wake them up, out of complacency.

However, we are nowhere near having a duopoly in political governance. And perhaps, nor should we aspire towards that, especially in a small country like Singapore.

Instead, we need to ensure that this political monopoly continues to operate in a “contestable market”, with low barriers to entry and exit. This means that should the monopoly become slack, inefficient and incompetent, new entrants can easily pop in to compete away its market share.

“Unfortunately, in the political arena, that regulator is also the monopoly!“

How contestable is the political market in Singapore?

While it does still appear to be contestable, judging from the number of new political parties that have been formed in recent decade, there are also reasons to believe that contestability is somewhat reduced. This is because, this monopoly has the ability to write or rewrite the rules of entry. For example, the Government redraws the electoral boundaries before every GE. The “invention” of GRCs, including 6-man GRCs in the 2015 GE makes it harder for new entrants to contest as they need to be able to form a sizeable, multi-ethnic team. Some also view the changes to the criteria to become President (Ouch! They just didn’t want me!) as part of raising the entry barrier and it does not help that immediately after the changes, a PAP office holder became the President – uncontested.

In a typical market, such practices may be deemed as an abuse of market power and this can be enforced against the firm by a competition regulator. Unfortunately, in the political arena, that regulator is also the monopoly!

To be fair, the PAP Government has, since decades ago, injected competition into the parliamentary process through the NMP and NCMP schemes. This was an ingenious move of creating a competition of ideas without ceding any political market share – likened to a monopoly having would-be competitors as part of its feedback focus group!

My take would be, given the good track record of the PAP Government, maintaining its monopoly would be a good thing for Singapore. Moreover, given the smallness of Singapore, there could also be a natural monopoly argument – where 1 firm (party) can cater to entire market (country) more efficiently than if there were 2 or more firms (dominant parties). However, we need to be watchful and mindful to resist any move to further reduce contestability as I doubt we would want a CCP-style dominance in Singapore. Only we, the people, can regulate the Government (seriously?!). This will ensure that healthy competition and outcomes like in the 2011 GE and thereafter can be allowed to occur.

Hope all you economics tuition students of mine out there, especially those who study Market Structure will appreciate this!

Disclaimer: These views are completely mine and I do not represent any political party. I do apologise if any mistake was made. Let me know and it can be corrected.