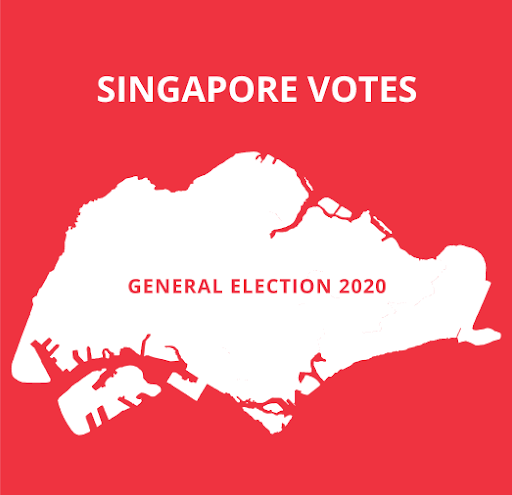 I usually do not comment on politics. My last post “The Economics of Politics?” was really meant to be more of an Economics post than on politics.

But we live in really interesting times…and that has compelled me to provide my few cents worth.

(And before you proceed further, are you from Hwa Chong Institution? You are advised to exit this post if you are. If you do proceed, you also agree to take the blue pill after you have read my post and undertake silence on social media.)

The ruling PAP government has called for a mandate, in fact, a strong mandate to rule and to bring Singapore through this unprecedented crisis.

On the other hand, the Workers’ Party urged Singaporeans to vote for them to prevent handing the PAP a “blank cheque” to govern as they please.

There has also been a lot of talk about the need for alternative viewpoints to be represented in Parliament. The PAP themselves have emphasised about how their new candidates would ensure a diversity of views and also how the NCMP scheme would also ensure that, without the Opposition needing to win at the elections.

All rather valid points.

However, what exactly does a strong mandate to govern mean? And what would be a political-equivalent to signing on a blank cheque?

The reason why the PAP can achieve a disproportionately higher % of parliamentary seats to votes is because of the British legacy of a “first past the post” model of political elections. There are other models, such as “proportional representation”, which perhaps would be a fairer or more accurate way of measuring and claiming a strong mandate.

Will Opposition presence in parliament mean no blank cheque? Just more than 66% of assenting votes (seats) in parliament is needed to change the Constitution…

And to be fair to the Government, as long as fair elections continue to be held periodically and entry barriers are not unreasonable (see my previous post), any blank cheque can, to some extent, be cancelled or withdrawn.

Don’t get me wrong. Political stability is important and I did cover that in my previous post. Perhaps, “no blank cheque” should be a rule that the ruling party itself applies to itself. (Hmm…sounds like the infamous “ownself check ownself?”)

There is a little known political rule – the Party Whip (which I think is also British legacy…Wait, didnt we “Brexited” ???). According to the Government’s website for the Parliament of Singapore:

” The Party Whip ensures good communication within the party and contributes to the smooth running of the party’s parliamentary machinery. The Whip lists the speaking MPs for each item of business and estimates the time required so that a sitting can be completed within schedule.

I hope you see the implications…And no wonder why every PAP MP now insists that cotton comes from sheep.

Which leads me to the key point I wish to contribute.

There is also a physics concept known as entrainment. Over time, 2 or more oscillating bodies will synchronise in vibrational frequency. The dominant vibrational frequency at the onset will eventually “prevail”. (This is a bit of an over-simplification.) This means that we may start off with good intentions of welcoming diversity, but over time, we still end up with “group-think”.

Therefore, perhaps, there is a need for some reform to our political system, so that strong mandates can be truly won and diverse views can be truly weighed in and counted. (Let’s have your views on this post as well! :-))

PS: Please let me know if I made any error in this post and I would be happy to correct it. Thank you.

PS: If you agree with my points, please say so in the Comments section below as I need a strong mandate to continue my writing. And if you don’t agree, please say so as well. Do not leave me with Blank Cheque to write anything I want.